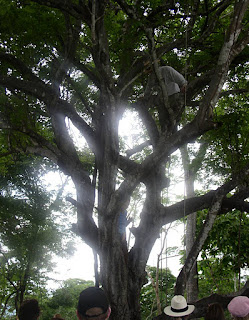 The province of Manabi, Ecuador is famous for its beaches as most of you already know.  However there is a profitable market involving the extraction of oil from the Palo Santo tree.  This fragrant perfume smell of the oil fills the air at its peak between January and June.

Manabi has the largest concentration of palo santo trees in all of South America.  Known also as “the holy wood”, shamans of the Andean Mountain regions still use the palo santo for certain curing rituals.  The palo santo is a protected tree and it cannot be harvested until the tree has actually died on its own and has fallen to the ground.  The bark of the fallen tree must lay for a period of 4-10 years before the oil and bark can be harvested.

Palo Santo oil is bottled and sold for a wide variety of uses.  The oil is said to strengthen the immune system and is apparently great for acne.  Palo Santo is used by locals in South America as an antiseptic to remove impurities from the skin and body.  Other uses include using it during cold, flu, cough and allergies using a few drops on your chest on the heart area and on the bottom of the feet. 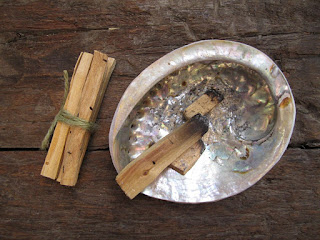 The bark– little pieces are cut up and burned as an incense to clear the home of bad energy and repel mosquitoes.