A Canadian Owned Developer Has Great Things Lined Up For Santa Marianita. 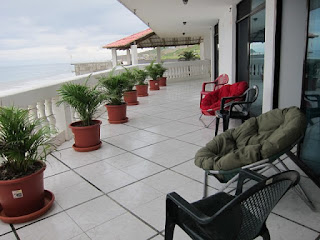 This sleepy fishing village on the coast just 15 minutes outside of Manta, Manabi will soon add the addition of another business to call their very own.  The developer will bring the locals and tourists alike the Casa Blanca Hotel Santa Marianita.  This property will include a Hotel, Restaurant and Bar.
Casa Blanca Santa Marianita is also including a condominium development, that will offer fractionals and single units available for purchasing.  Plans are now underway and the owners plan to have everything up and running by the fall of this year 2012.

Santa Marianita is host to some of the best kite surfing on the planet.  This little gem of a town has charm and the people are so friendly. “The countryside reminds me of Southern California!”

The developer, Ocean Dream Properties are currently sponsoring a draw where they will be giving away an “Adventure Trip To Ecuador”  to some lucky winner at the 9th Annual Ladies Night being held in a Canadian city this Friday April 27.
With tours, great food, atmosphere and the amazing beauty of Santa Marianita, Casa Blanca Hotel, along with the condos will be a great addition to the community of Santa Marianita.
If you like this story or would like more information, email me anytime at dandy855@yahoo.com