If you missed WEEK # 5, you can get it here. Week #5 the workers completed putting up the bamboo poles that will support the wooden frame cast. The concrete will then be poured into this cast that will be the cement roof. First, the workers build the cast, and then the rebar will be cut and tied into place for strength and support. 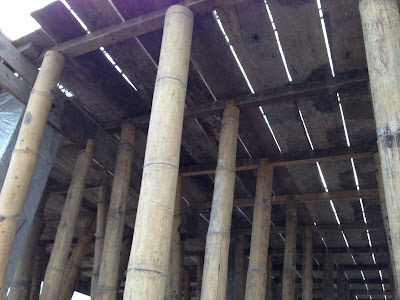 After the wooden roof cast was put in place, the workers started to tie in the rebar for the roof. You can see in the pictures below the perimeter of the roof was started first and then tied in horizontally. All of the rebar was cut, bent and tied on site. After a few days of working on this step, the result is seen in the pictures below. 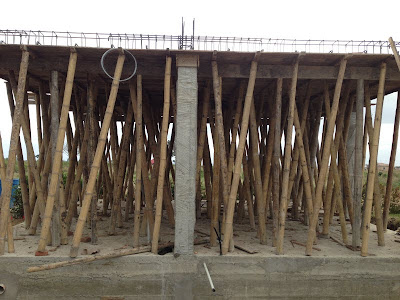 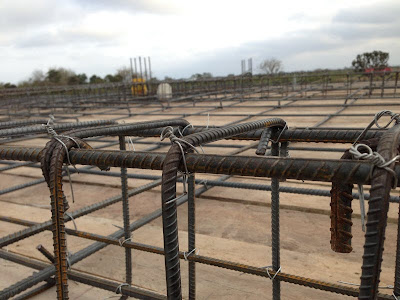 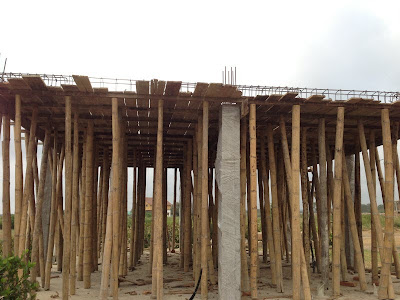 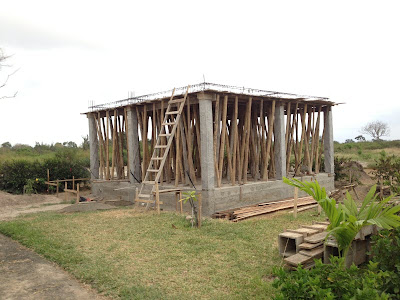 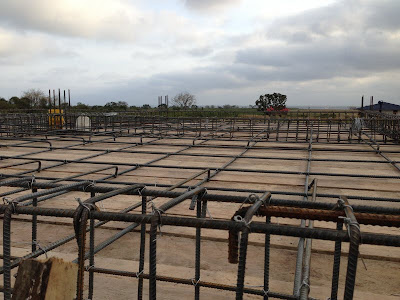 Seen below, three of our workers busy assembling and tying off the rebar. 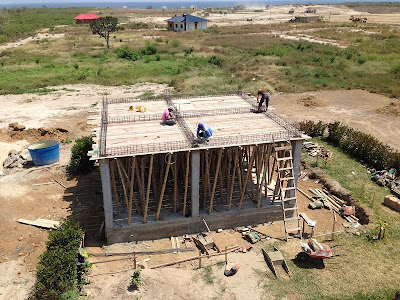 After all the rebar was set and tied, the next step would be to put concrete cinder blocks into the square grids in between the rebar as shown below. 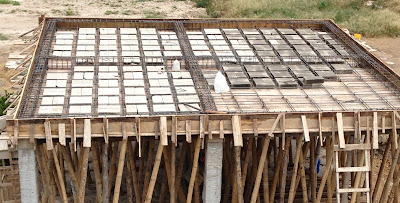 The prep work has been completed now for the concrete roof, and it is now ready for the cement to be poured. On Friday May 10th, 2013, ending the work week of week #6, a team of nearly 20 men came to pour the concrete for the roof. They had the roof poured, levelled and cleaned up in just over 2 hours. See the picture below. 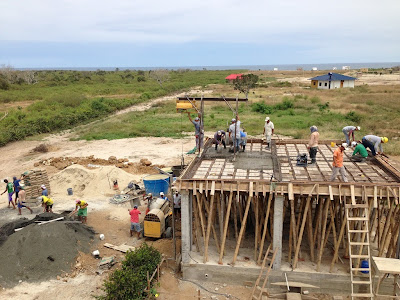 Join Retiring in Ecuador for the next series of Building a rental home on the coast of Ecuador. You will see the next phase of the construction, where the workers will be touching up the concrete roof, and the beginning of the brick laying for the walls. Don’t miss it!