To see Week #4 you can see it here

Building a rental home on the coast of Ecuador! Week 4

Monday, April 29th, 2013 the workers started constructing the wooden casts for the support beams as seen in the video.

In the picture below you can see that for each column, the Maestro pours pail by pail into each column cast until it is full. 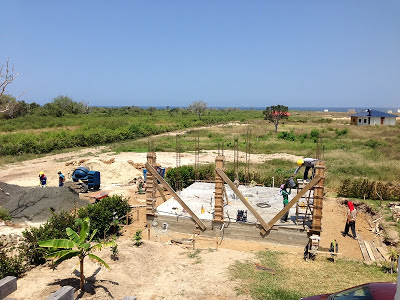 In the video below, “Pouring the columns” lets watch the tedious task of pouring pail by pail into each column. Ya I know, you might be wondering why all the manual labour? Well folks, its cheaper and that’s how it is done in Ecuador!

After a few days of making the casts and pouring each column pail by pail, the workers take off the wooden cast and shrink wrap the columns so the can cure as shown in the picture below. Also, you can see vertical bamboo poles holding up wooden horizontal planks. This is the start of the process for making the cast for the roof. The wooden cast will be made and held up by the bamboo poles. I will explain that process when we pour the concrete for the roof. 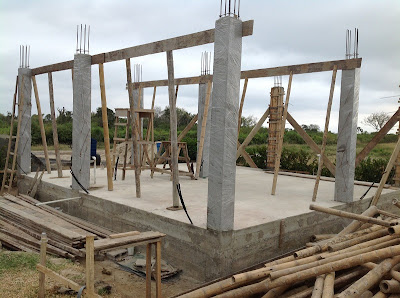 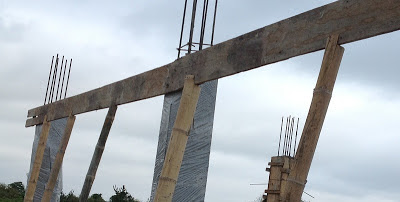 For the next couple of days remaining in the week, the men working on the house complete the wooden cast for the roof. The bamboo poles are all set in to hold up the wooden planks laid horizontal. The process was time consuming and took 3 men 2 work days to complete. 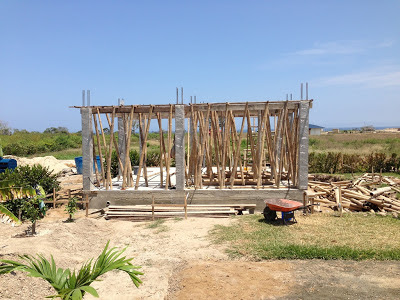 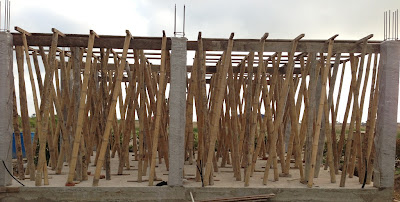 One Thought to “Building a rental home on the coast of Ecuador! Week 5”