In this post Week 3 the workers will be pouring the concrete support pillars. If you missed the last post for Week 2, you can find it here Building a rental home on the coast of Ecuador! Week 2.

The workers have finished putting up the re-bar that make up the skeleton for each of the 9 support columns.

The bottom portion of the column where the concrete footing base was is covered and compacted with the gravel base in layers nearly half way up the first stage of the column. 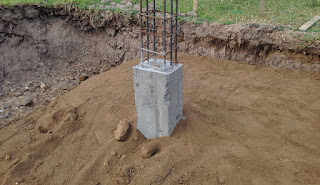 April 17
In the picture below the workers have started to build the footings of a small wall that will have the concrete floor poured into. 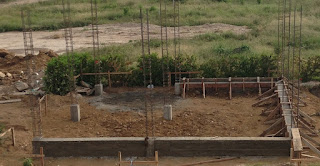 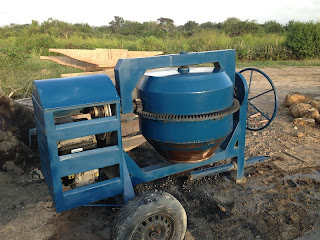 The cement mixer that they use to do the columns and footings. Some of it is also mixed by shovel when they need a small amount. Something that surprised me when they were pouring the footings is they place large stones on the bottom of the footing and pour the concrete over top. I was told that this is done for extra strength and bonding of the concrete. 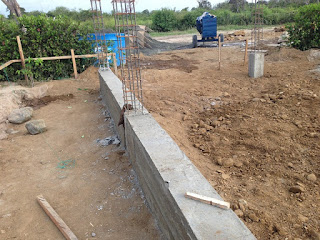 The stones are now buried in the concrete…who knew? 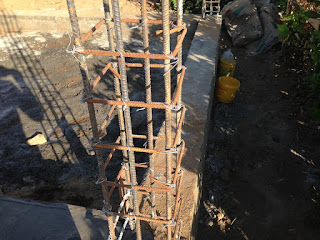 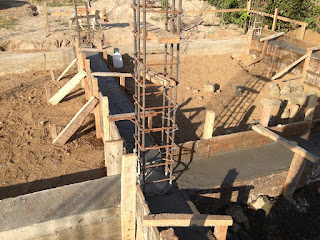 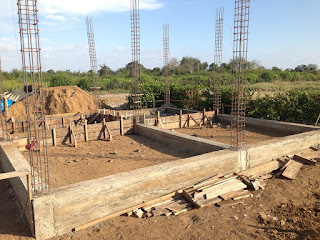 You won’t believe your eyes when you see how they do this. Don’t miss next week’s post it will be an “eye opener.”