This entire week will be spent on continuing the interior and exterior stucco as seen below. 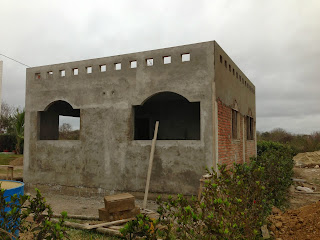 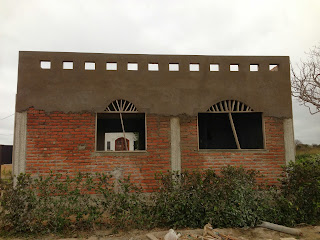 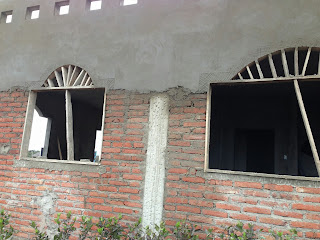 In the picture below you can see the conduit that has electrical cable in it running to the roof. This cable is for the air conditioning condenser that will be placed later on the roof. The conduit was chiseled into the bricks and then later covered with concrete. 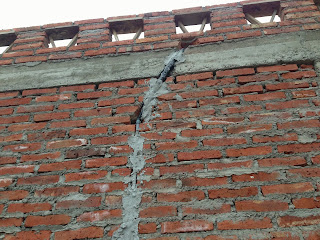 Here you can see the thickness of the stucco that was put on in the interior of the house. It is around 1 inch thick. 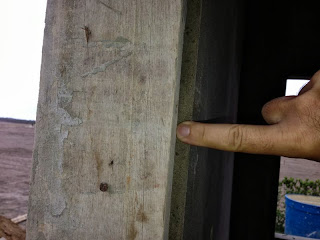 The maestro also started to make the base that will have a granite counter top in the kitchen. This extension will have bar stools, which will be the kitchen table. 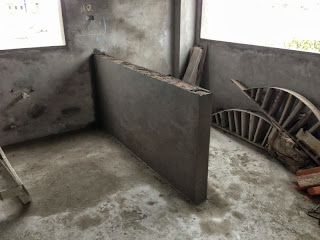 The rest of the week finishes off with stucco work on the exterior. 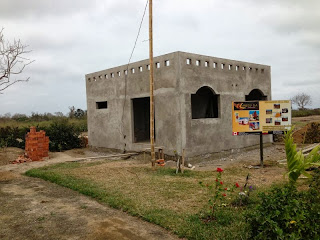 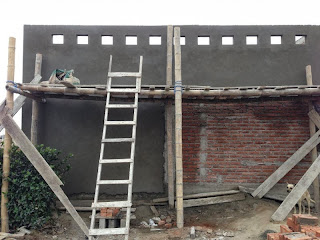 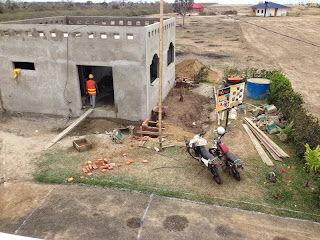 Week 15- 16 July 8-19, 2013
The next two week we see the stucco completed on the exterior. The interior is now completed with stucco on all the walls and ceiling. The concrete pad around the perimeter of the house has also been poured. 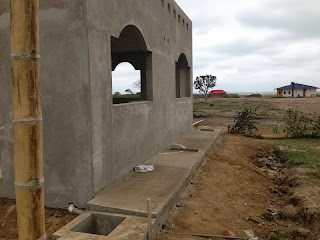 The concrete encasement’s that you see in the corners of the house is where the plastic pvc downspouts connect into. There is an encasement on every corner of the house, representing each downspout. These encasement’s are built so you can access the pipes. Each corner has an extension pvc pipe with small holes drilled into them. These pipes were directed and dug into the ground where I chose to direct the water for irrigating plants and trees in the yard. A bit of a strange concept with the encasement’s. I would suggest possibly leaving this “gutter system” out and going with a more traditional North American style. Having the gutters and downspouts on the surface. The only benefit I see to this system is you can direct the rain water to where you want it, and the gutters are all hidden from view. The encasement’s will have a concrete lid on them, that you can take off if needed. 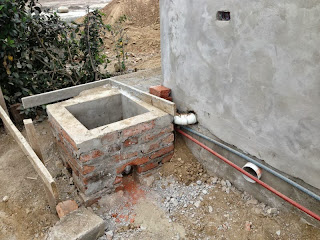 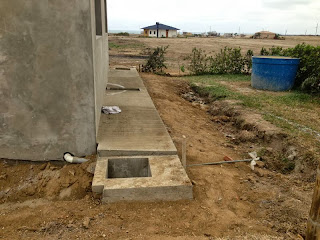 The ceramic tile has been installed and completed during this period. Also, the walls have been prepped to take the first coat of paint. 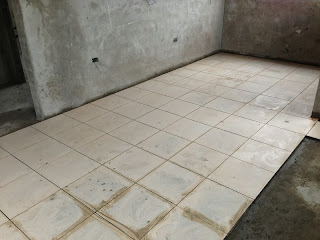 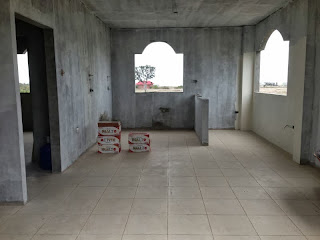 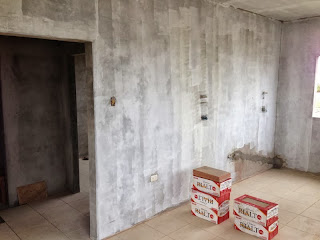 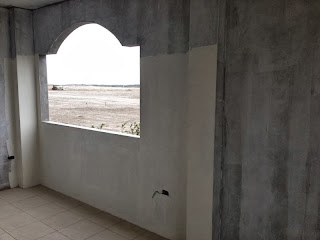 Outside on the exterior of one wall, work has started on another concrete wall that will be home to the hot water heater, water tank, propane tanks and water pump. The area will be completed covered with a lockable metal access door. 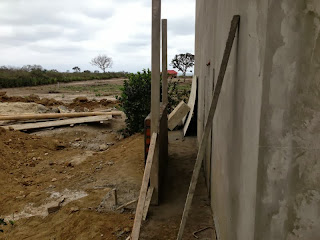 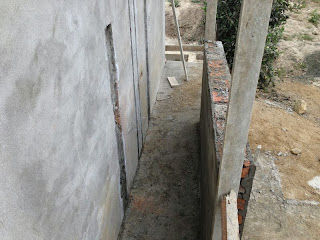 Next post, workers will be prepping and painting the exterior and the biodigester with and the pipes for the grey water get directed and installed.