Skip to content
You are here
This week my guest blogger is back..I am happy to include this wonderful information for my readers to enjoy this week. Be sure to check out their excellent and informative website at Taxes for Expats.
FEIE (Foreign Earned Income Exclusion) Legally Saving Expats More Than $90K Annually 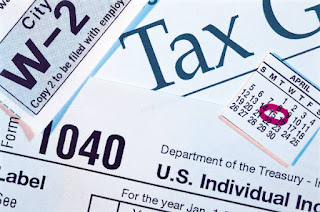 By I.J. Zemelman, EA, Taxes for Expats                                                                             Aug-21-2012
The practice of the United States taxing its citizens no matter where in the world they decide to live and work is not a popular one among most US expats.  The fact remains, however, that the IRS offers a number of exclusions and deductions to expatriates which minimize the burden of taxes imposed upon them.  Sadly, not all US expats are aware of such exclusions and wind up paying the IRS a considerably higher amount every year than they are actually required to pay.
The goal of this article is to inform US citizens who live and work in foreign countries of the many tax benefits offered by the IRS which can significantly reduce – and in many cases completely eliminate – your total tax liability to the United States IRS.
The first and most beneficial exclusion offered to US expats by the IRS is the Foreign Earned Income Exclusion (FEIE).  With the FEIE, international taxpayers are able to exclude a significant portion of their income from their total taxable income.  The income amounts that qualifying US expats are able to exclude from their US taxable income for 2011 are as follows:
·         Single – $92,900 ($95,100 in 2012)
·         Married Filing Jointly – $185,800 ($190,200 in 2012)
You may have noticed the keyword ‘qualifying’ in the previous paragraph.  This is an important word, because only qualifying expatriates are entitled to claim the FEIE; and to qualify you must meet certain conditions which have been established by the IRS.  So what conditions must a US expat meet for claiming the Foreign Earned Income Exclusion?  There is 1 of 2 conditions which must be met by a US citizen living abroad, and they are referred to by the IRS as tests.  They are:
·         Physical Presence Test – The Physical Presence Test requires you to have been physically present in a country abroad for a minimum of 330 full days.  The important keyword here is ‘full.’  Assume you were transferred to Paris and your flight landed around 2AM on August 1st.  Your first full day would not technically be until the end of August 2nd, as that is the first day you were in your host country from midnight on.
·         Bona Fide Residence Test – The Bona Fide Residence Test requires a US citizen to not only have been a resident of foreign country for at least 1 year but also to have the intention of remaining in that foreign country for some time in the foreseeable future.  While intentions are sometimes difficult to prove, there are quite often documents which can support the intentions of a taxpayer.  Some of these documents include long-term contracts, business or partnership plans, extended lease agreements, and more.  Stating your intentions to remain in a foreign country for an indefinite period of time is not to say that you will not travel outside of that country, but it is to say that you have no intention of returning to the United States at any time in recent years to come.
To claim the FEIE, complete Form 2555 and attach it to your Form 1040.  If you need help figuring out whether or not you qualify for either test, feel free to contact us for expert tax guidance.
In addition to the FEIE, there are a couple other tax benefits offered to US expats to minimize or eliminate the total amount of tax liability due to the IRS.  These available tax breaks are outlined below.
Foreign Tax Credit
The Foreign Tax Credit (FTC) is a measure taken by the IRS to prevent double taxation on income.  With the FTC, taxpayers are able to deduct every dollar from their US taxes that they were required to pay to their host country.  It’s important to understand that the FTC is not automatically issued to you by the IRS.  Like all exclusions, deductions, and credits, the FTC must be claimed and attached to Form 1040.  You may claim the Foreign Tax Credit by completing Form 1116.
Foreign Housing Allowance
Relocating overseas inevitably incurs cost to the taxpayer – whether or not his/her employer is helping with some or all of the expenses.  Aside from the cost of relocating is the consideration of the adjusted cost of living in certain parts of the world.  In order to help US expats recover from some of the extra expenditure they’re sure to face the IRS offers certain allowances on US expat income taxes.  The Foreign Housing Allowance can be calculated 1 of 2 ways:
·         30% of the corresponding year’s FEIE amount
·         Referred to a predetermined rate established by the IRS for major cities in countries around the world in which the cost of living is considerably higher than other areas
The Foreign Housing Allowance is claimed on Form 2225 with the FEIE.
If you are unsure about whether you qualify for any of these tax benefits or you have questions about how to file, don’t guess!  We have a team of qualified professionals available to help you get the most out of your US expat tax return.